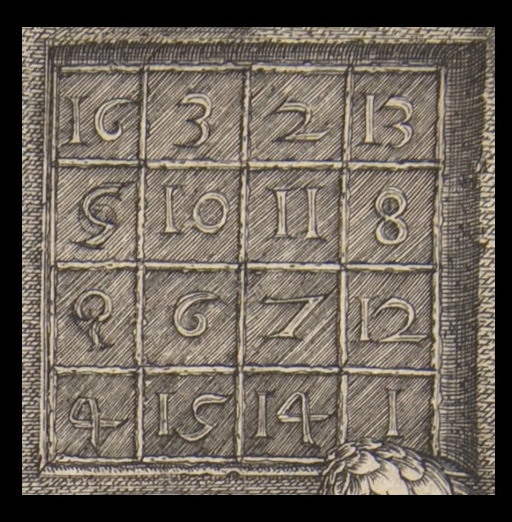 I first encountered the magic square in Albrecht Dürer’s work "Melencolia I", see photo on the left and follow the link for the complete work. A magic square is made by drawing a square with a grid. From top to bottom and from left to right you fill in numbers in the boxes in such a way that horizontally and vertically the numbers add up to the same sum. Sometimes the outcome of adding the numbers diagonally also adds up to the same number which is a very special magic square. The square can be bigger, and mathematicians look for solutions to the largest magic square not yet known.

I drew the smallest variant, the easiest one to start with, with the numbers one through nine in a square with 3 x 3 boxes, see photos below. 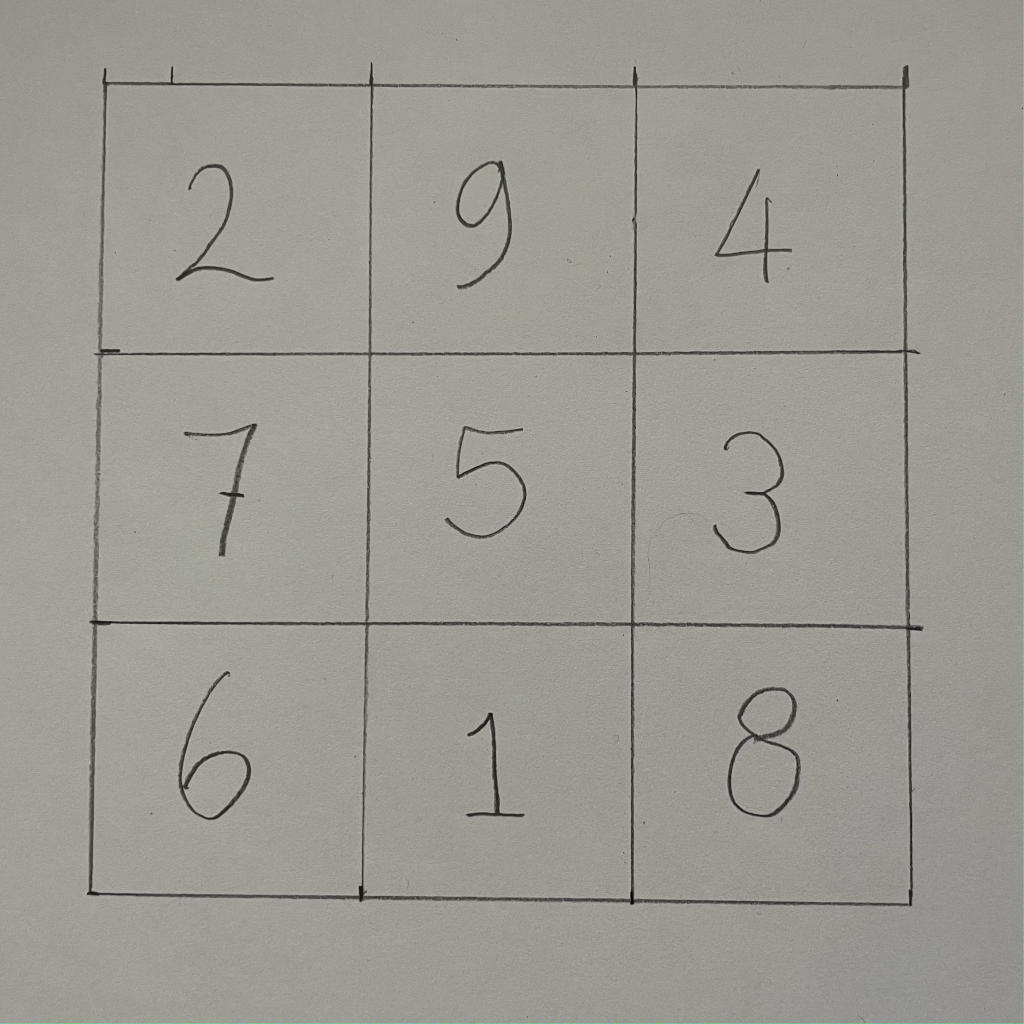 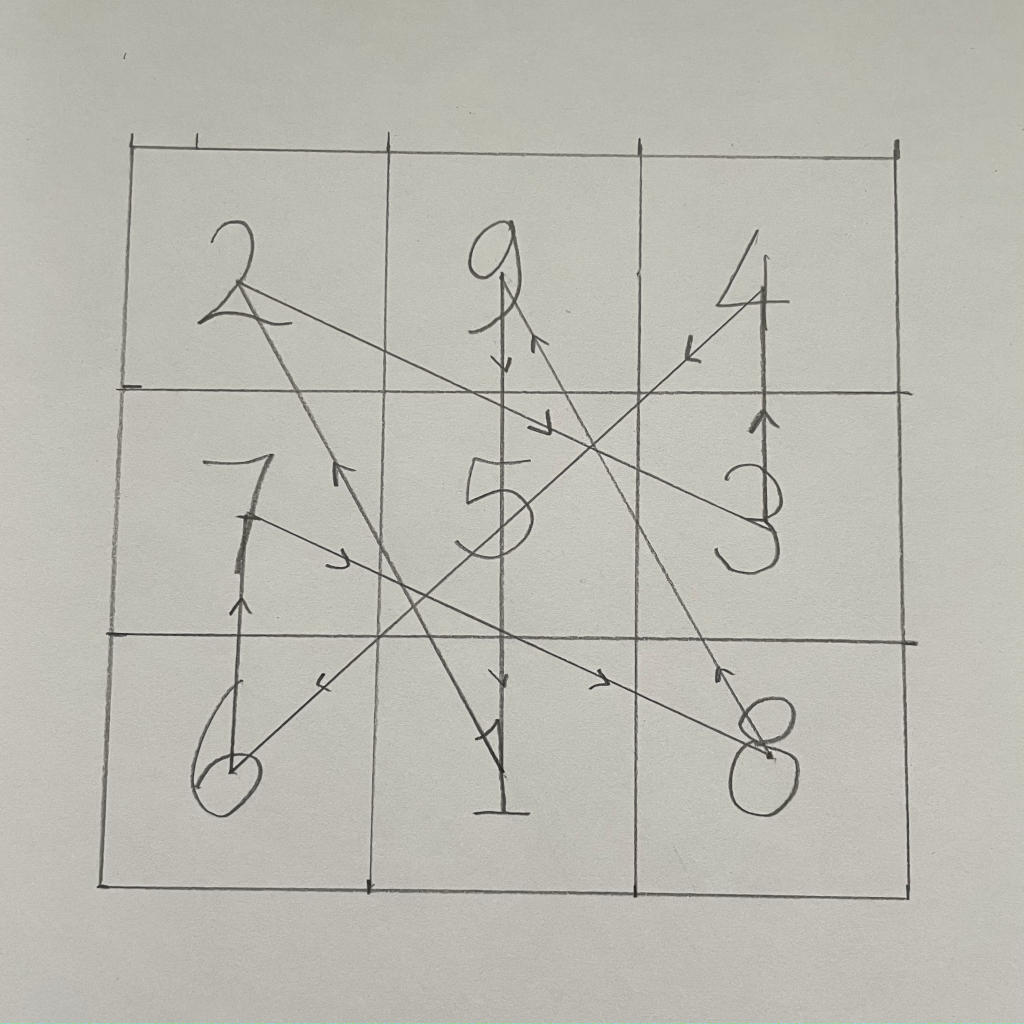 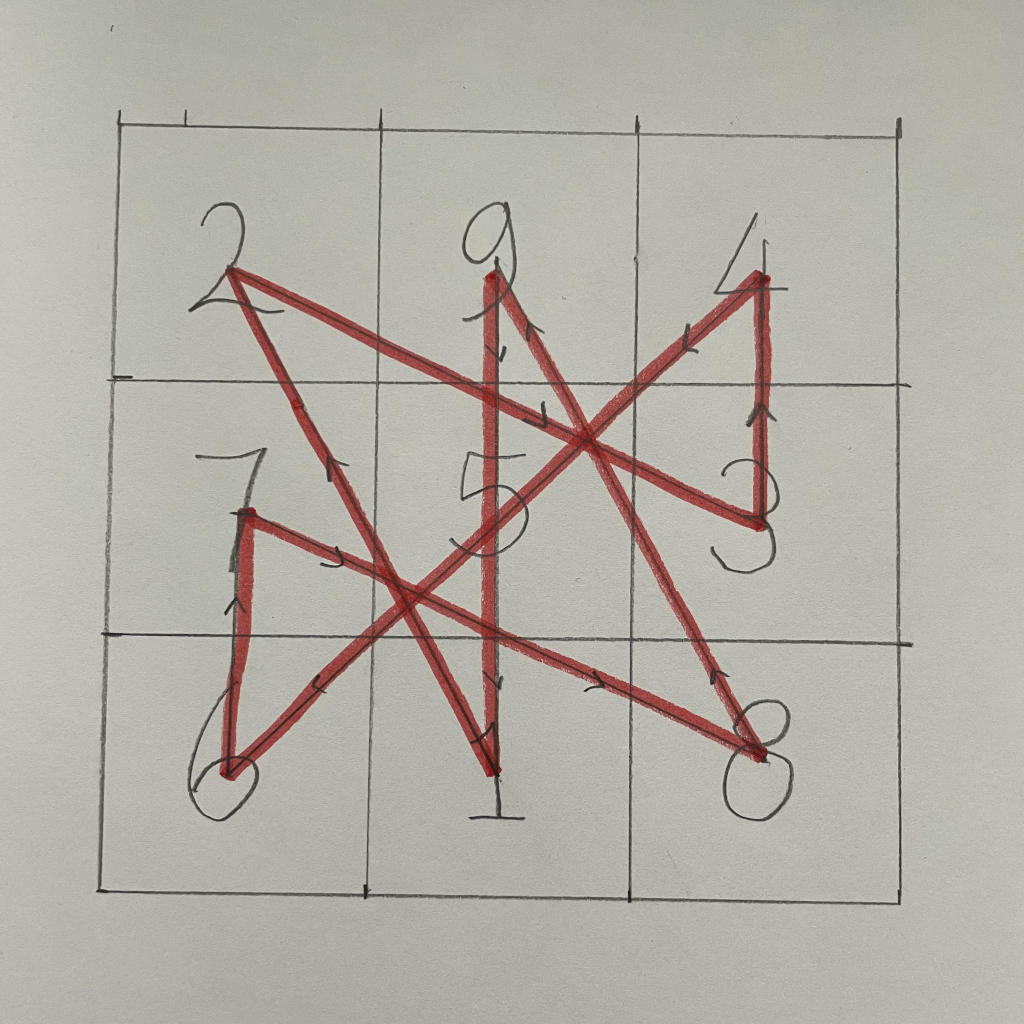 To make it visual I drew lines from one to two to three until nine. Then a shape like the drawings above appeared. Working with this shape, playing with mirroring and shifting resulted in the drawings below. 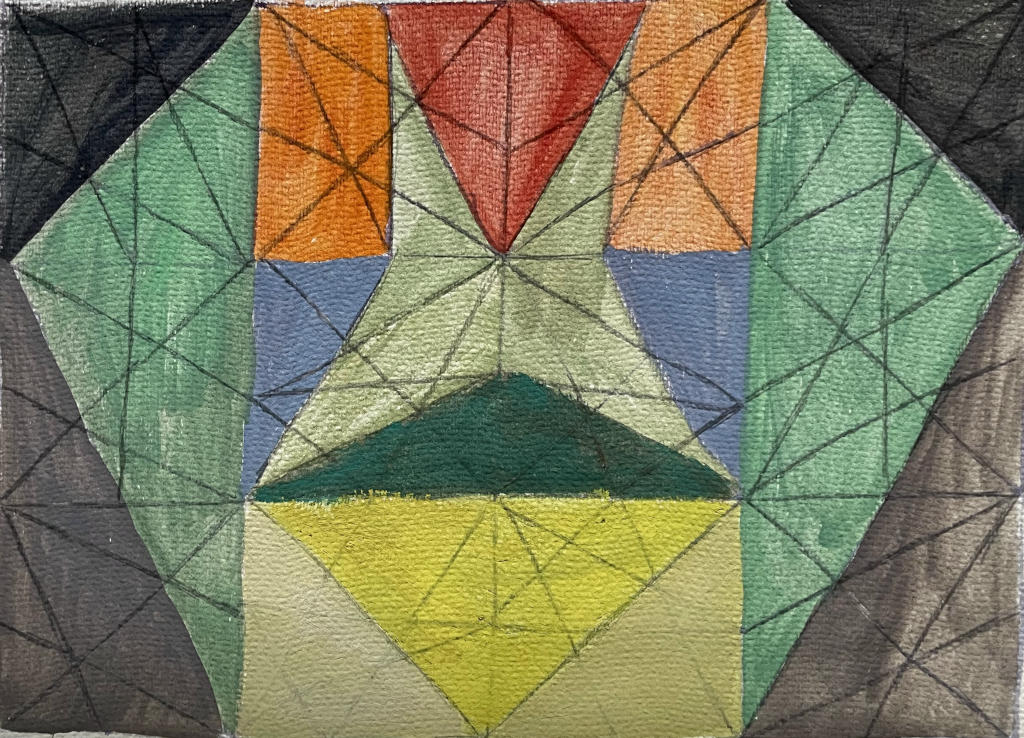 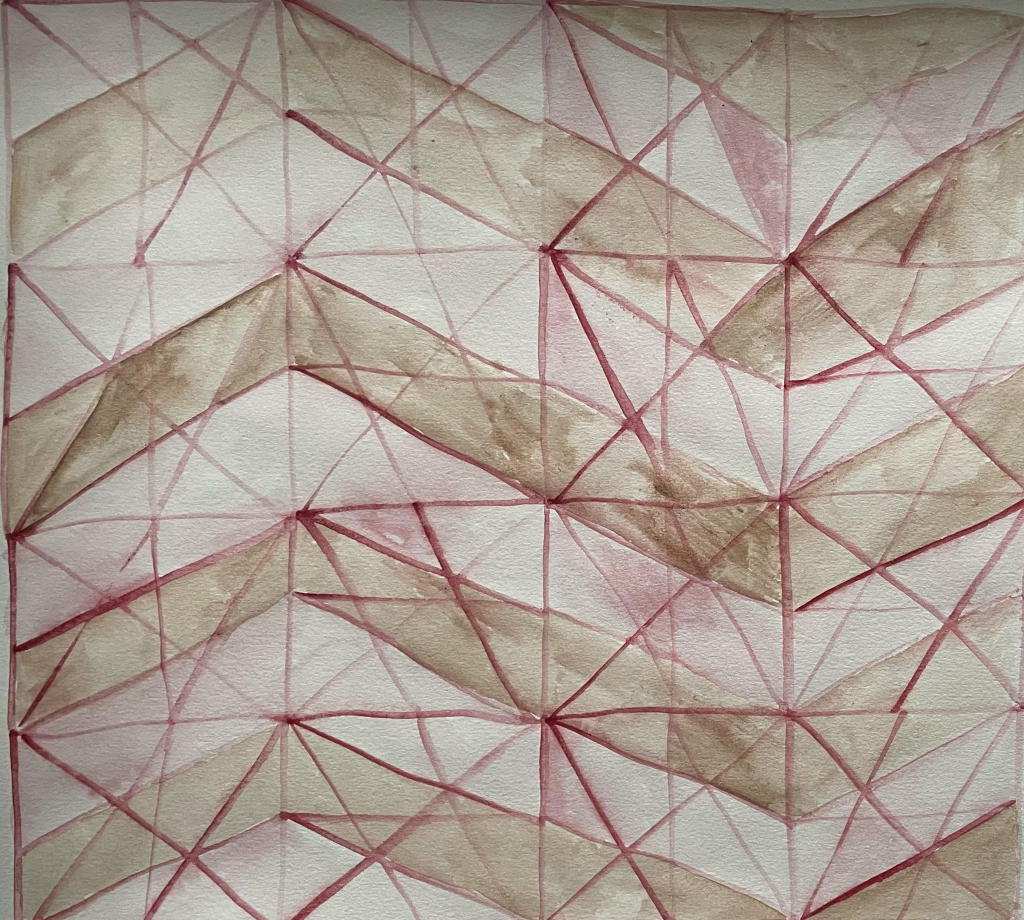 For the workweek at the artists' initiative B93’s "Carte Blanche", I worked with Gerard Borneman. Gerard and I studied together at the AKI Artez University of the Arts in Enschede and we both work with abstract patterns, where mine are inspired by math and structures in nature, his are inspired as a former bioligy teacher by patterns in biology like cell structures. We shared a studio at that time at Zessprong Ateliers in Enschede. 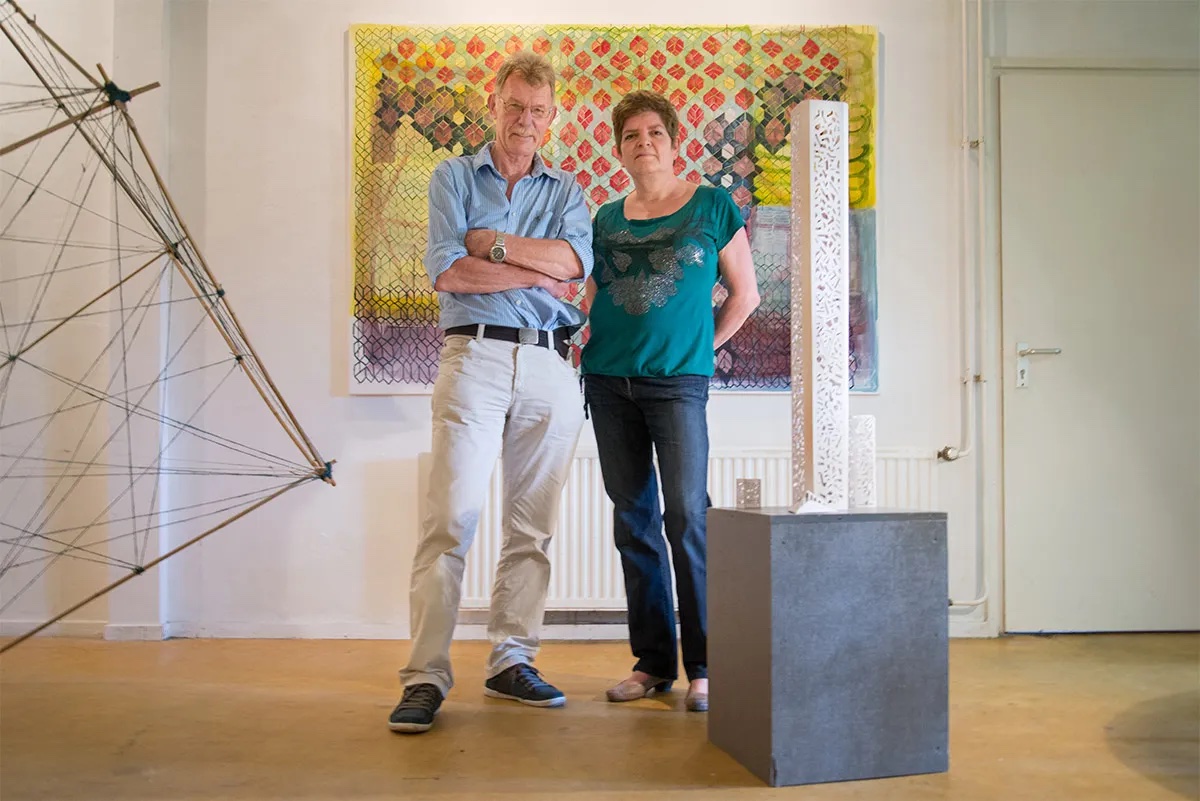 For this exhibition I wanted to make the shapes I drawed of the Magic Squares three dimentional. Therfore I made a cube out of bamboo sticks and inside the cube I stretched wires like the lines in the square I had drawn earlier. I hung the cube on the ceiling with one point up and with a slide projector I lit up the cube so that a shadow appeared on the wall which moved when the cube was rotated. Gerard made cardboard towers with geometric cutouts this week and exhibited the towers. The both of us showed our work togheter with our recent paintings. 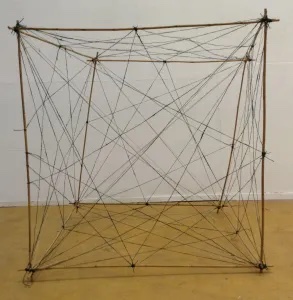 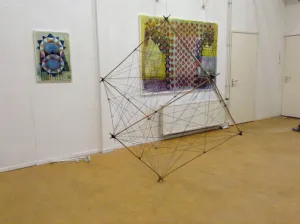 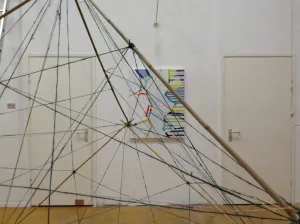 Later work about the Magic Square. 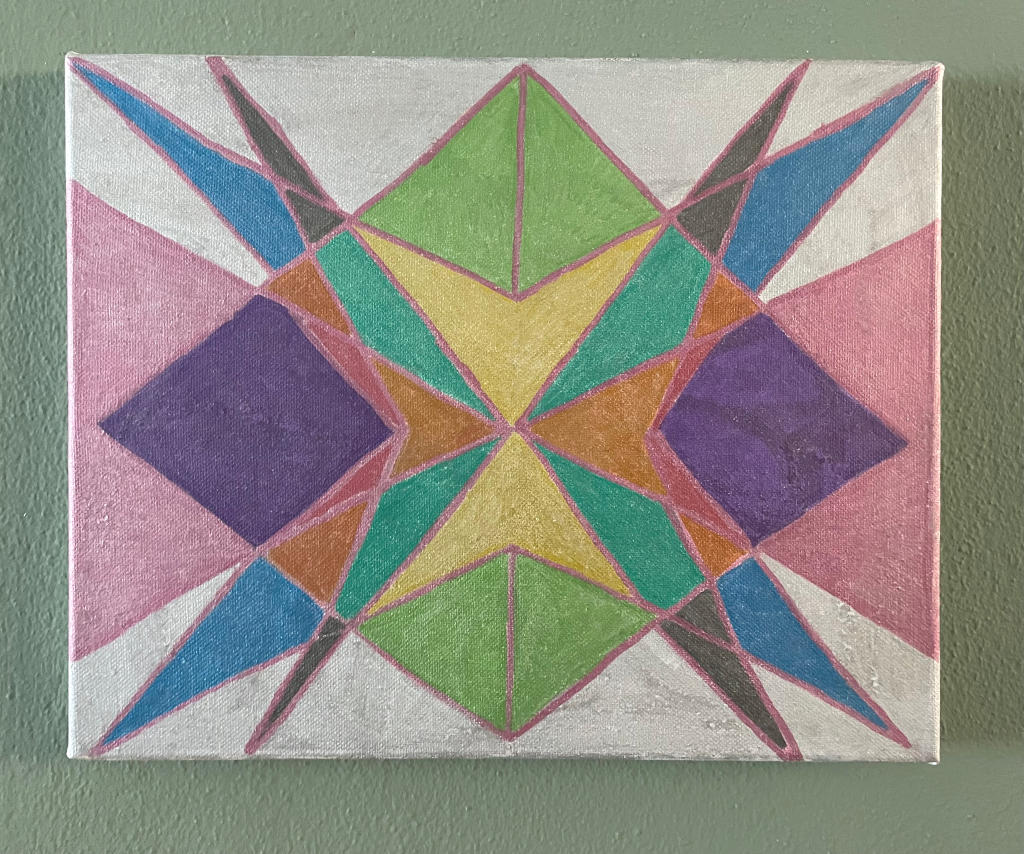 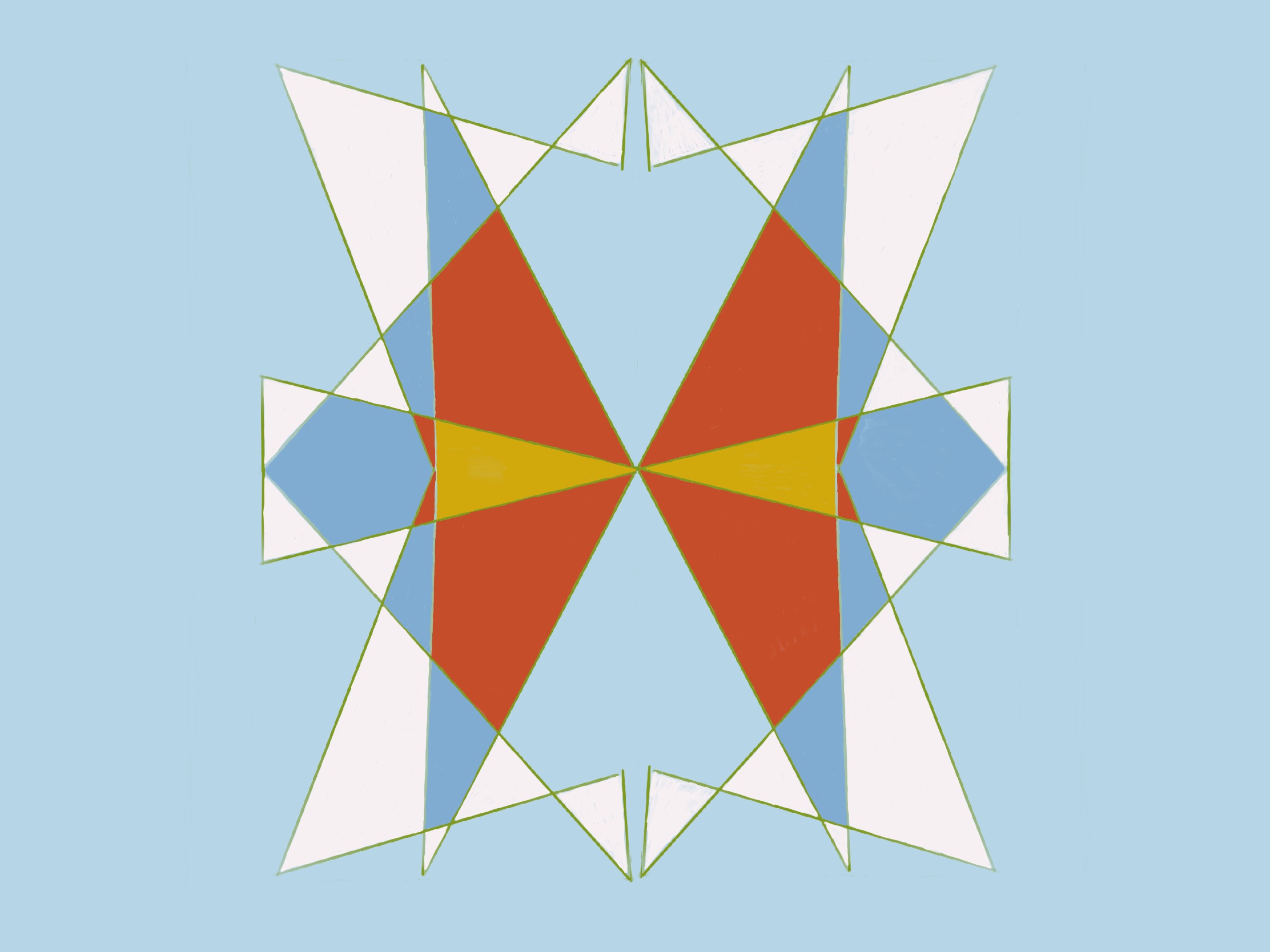